If you’re interested in finding out about the new game Ghost Recon: Breakpoint continue reading to discover handy list of reasons for having some enjoyable fun while playing this game. 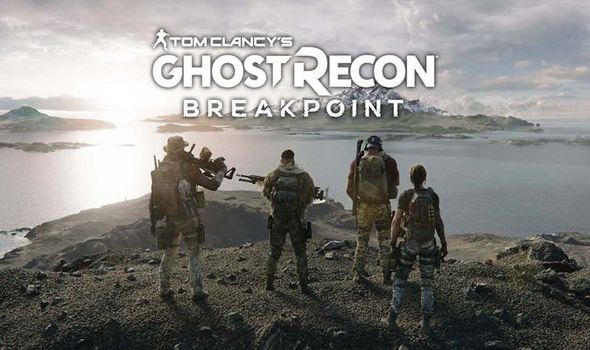 Ghost Recon: Breakpoint is a 3rd person perspective shooter game that takes place on the island of Auroa. The main character is Nomad, he is called a ghost and his mission is to track and destroy wolves who are actually rogue ghosts that were Nomads’ former colleagues that are very knowledgeable about how ghosts operate. Nomad and his team do battle with the wolves and this makes for an intense combative gameplay. There are several different environments, like the lush forests of the Amazon, the plains and snow-covered regions, each with their own set of obstacles that require skill and teamwork. You are in for the fight of a lifetime when playing this game, so check out this game and be prepared to do some extraordinary battle.

Wildlands focuses mostly on fighting the war on drugs with the Cartels, with the anticipation of ending the corruption of the regime. It is a mission to mission progression to apprehend the head of the cartel. Breakpoint is a more personal mission that focuses on the clash between Nomad and his former comrades’ that went rogue after fighting the pointless battles with the cartel’s. Breakpoint turns up the heat on the pressure of battling the wolves because of the wolves being former ghosts who are just as strategic in their tactics. Breakpoint added some new features such as being able to heal yourself with three levels of severity, and upgrades to the weapons, equipment and gear that assist in the challenges that you are confronted with. The environment of the game has also changed, with Wildlands being contained to Bolivia and Breakpoint being a cluster of ecosystems that present different difficulties and skill levels that make the challenges more exciting.

Why is Ghost Recon: Breakpoint Fun to Play

Ghost Recon: Breakpoint is a competitive combated game that requires skill set and teamwork, the teams consist of four players so you can invite your friends to join you and work together on the missions to take down the wolves. This is not an easy task as the wolves are sly and cunning, making the battles intense and brutal. There is a large assortment of weapons and a drone that will allow you to fly and give you an aerial perspective of where the enemies bases are, enhancing your chances for victory. Playing by the rules of the game gives you personal satisfaction in knowing that your tactical skills and patience just allowed you to take out the opposition’s camp strategically in stealth mode. You can also explore the island with the use of helicopters, ATV’s and other vehicles, but be careful because once you are spotted you are in for a battle royal with your enemies and you will need every tool in your arsenal to survive.

Ghost wars is a player vs player (PVP) mode that is played online to boost a more tactical and very involved activity action in every match. It is a hunt or be hunted, kill or be killed experience that requires a lot of strategy and skill. There is shrinking combat zone that continuously gets smaller and does a lot of damage to the players outside of it. The shrink zone is also a way of putting an end to games that are locked in a stalemate. Players in ghost wars play on a level playing field where they will be balanced with other players who have similar skill sets as yourself. There is a reward system in place for obtaining milestones, like in-game currency, and progression points, as well as titles, banners and other customized items. You can obtain milestones through game progression like certificates or more high skill milestones with more exclusive custom rewards that gives you some pretty awesome bragging rights. Ghost wars breakpoint is high intensity combat that will make you skills shine while allowing you to bask in your accomplishments.

If you are looking for some extreme action that will keep you entertained for hours on end, then ghost recon: breakpoint is the game for you and your friends to play. Enjoy all the twists and turns that this game offers while being part of an elite tactical team that will do severe damage.

If you like the The Wild Racer and want to read more on the topic of Gaming, check this out.