Even if you enjoy game genres which aren’t targeted specifically to girls such as shooters or driving games, there’s nothing wrong with playing a few girly games from time to time. If you’re looking for a few light hearted games which have been designed specifically for female gamers, simply continue reading to discover a few tips on finding fun games which are aimed at girls. 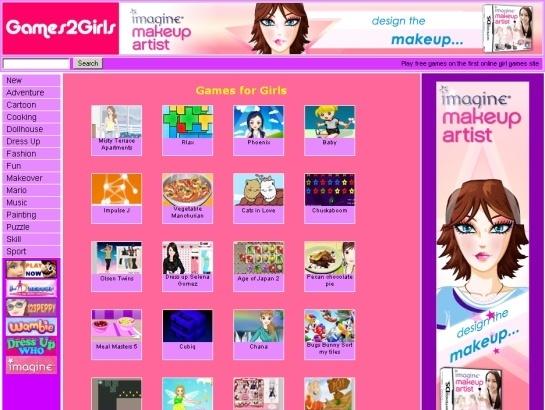 3 Tips on finding fun games which are aimed at girls:

Check out some of the games at Games2Girls:

One of the most popular sites for female gamers is Games2Girls. Which is known for offering fashion related games such as makeover games and shopping games as well as puzzle games, adventure games, cooking games and design games. So no matter whether you like the idea of making over cartoon characters, designing your own outfits or solving fun puzzles, it’s well worth checking out the wide variety of games which Games2Girls has to offer.

Another website which offers games which are aimed at girls of all ages is GirlGoGames. Some of the genres of games which you’ll find at GirlGoGames include dress up games, beauty games, cooking games, skill games, decorating games and animal games. Some of the most popular games at GirlGoGames include Star Stable, which allows you to run your very own stable as well as Roblox. The latter of which will allow you to create your own world from bricks. As an example, you’ll be able to build a replica of the Eiffel Tower in Roblox or to design your dream mansion.

Test out some of the fun games at GirlsGames123:

The third website which is well worth visiting if you’re looking for fun girly games is GirlsGames123. Where you’ll be able play simulation games and management games where you’ll get to try your hand at being a doctor, a dentist, a chef or a nanny. GirlsGames123 is also unique as it features a few addictive celebrity focused games. Examples of which include Kendall & Kylie Jenner which will allow you to dress up the Jenner sisters as well as Zendaya’s Nail Makeover, which will put you in charge of transforming actress and dancer Zendaya’s nails.

If you’re more into puzzle games than games which focus on celebrities or makeovers, you’re also in luck as GirlsGames123 also features word search games as well as match 3 games and memory games. So if you enjoy playing casual games which don’t require too much concentration and which can easily be played when you’re on the go, it’s well worth checking out the games at GirlsGames123.

One of the advantages to visiting GirlsGames123 is that you can save your favorite games to a favourites list. Which will make it simple to find your all time favorite games.

So if you’ve been looking to find a fun new girlgame to play, it’s well worth visiting all of the fun sites which are listed above. All of which feature games that have been designed with girls in mind and which you’ll be able to spend countless hours playing.